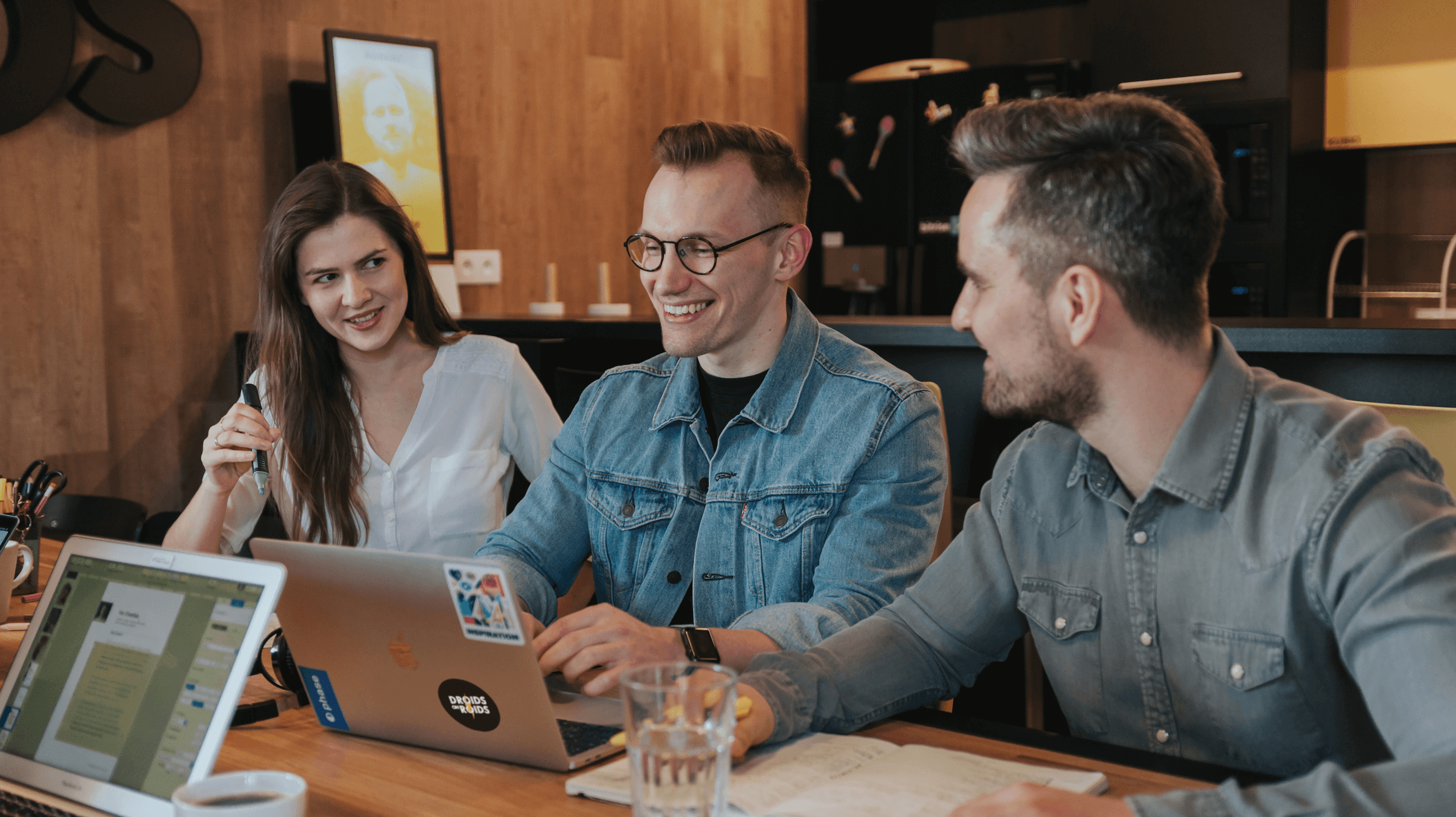 Creating top-notch mobile experiences for a wide range of clients

"With Bitrise, we don't need to waste time on maintaining low-level components like build machines or the environment. We can focus on solving actual problems."

Who are Droids On Roids?

Droids On Roids is a mobile development company, offering long-term strategic partnerships for creating outstanding applications for FinTech, MedTech, e-Commerce, social networking, the music industry, and more. The company was founded in 2011 in Poland and they currently work with clients from all around the world, mostly in the US, UK, and the European Union. Their portfolio includes CCC Shoes & Bags, a mobile commerce app for one of the largest footwear retail companies in Europe; HoneyBee, a personal finance app offering a quick way to get an advance on your next paycheck; or Makani, a revolutionary GPS navigation app set to change the lives of millions in Libya for the better.

They offer full-stack mobile, web, and backend services and cover all native and cross-platform programming languages. Among Droids On Roids partners are global brands and great start-ups like Giphy, while their Open Source libraries are used by Facebook, WhatsApp & Bitrise. As of now, they successfully completed over 130 projects and have been listed on Forbes Diamonds 2018 and ranked in the prestigious Deloitte Technology Fast 50 Central Europe Awards as one of the 50 most dynamic technology companies in the region.

Back in the early days of CI/CD, the mobile engineers at Droids On Roids had to rely on Jenkins on a locally hosted machine for continuous delivery for the vast majority of their projects. Using this server required a lot of effort and lacked flexibility — something that would have been important since Droids On Roids was working with more and more clients. At the time, Jenkins didn’t provide built-in support for Android projects, so soon enough, the manual work on patching 3rd party plugins became a daily inconvenience.

At the beginning of 2017, while doing research and testing for alternative CI/CD solutions, they briefly experimented with a couple of tools like BuddyBuild and Travis for a some of their projects, but mostly for evaluation purposes. One of these alternatives was Bitrise, which quickly convinced them thanks to its attractive pricing, flexibility, and support for open-source projects. Moreover, during onboarding, the responses from the Sales and Support teams — either regarding feature requests or general inquiries — were "light years faster than from any other provider", which reinforced their first impressions of Bitrise as a tool they can rely on.

They migrated each of their projects to Bitrise separately — taking their releases, milestones, and availability into account — which took them a couple of days per project. These projects are configured individually according to size, client, team requirements, and preferences. They liked how easy-to-use Bitrise has been from the very beginning, whether it comes to running tests, performing static code analyses, merging pull requests to the target branch, or beta-distributions for manual QA purposes.

Their native, Flutter, and React Native mobile apps are deployed via Bitrise. Droids On Roids team is especially fond of the modular structure of the platform, and the ability to build their own customized workflow by adding Bitrise’s integrations — mostly Git Clone, Gradle Runner and Gradle Unit Test, Flutter, Run Danger, Deploy to Google Play, or Script — as easily as if they were playing with Lego blocks.

Migrating their existing apps and creating new ones on the platform was simple and straightforward, thanks to 300+ ready-made integrations — and the fact that if there’s anything missing, they can just create their own steps. As Karol Wrótniak explains:

"With Bitrise, we don't need to waste time on maintaining low-level components like build machines or the environment. We can focus on solving actual problems. Bitrise has most of its components open-sourced and it's a very friendly place for contributors. If we need to fix or add some feature, we can just send a pull request. Anyone can create their own step and request its inclusion in the public step library, so everyone else can use it in their CI pipelines. Creating private steps is also possible."

"What’s more, Bitrise takes care of the community by organizing webinars, BUGs (Bitrise User Groups), discussion forums, and programs for speakers, writers, and experts. I appreciate their activities and how they maintain their blog a lot."

Since they work for a number of different customers, they often have to synchronize their internal repositories with the ones controlled by their clients, for which they could successfully add custom workflows in Bitrise. Overall Bitrise has helped the Droids On Roids team create top-notch mobile experiences, which are now used and loved by millions of users around the world.